Deprecated: The each() function is deprecated. This message will be suppressed on further calls in /var/www/wp-content/plugins/js_composer/include/classes/core/class-vc-mapper.php on line 111
 February 2018 - My Tesla Adventure 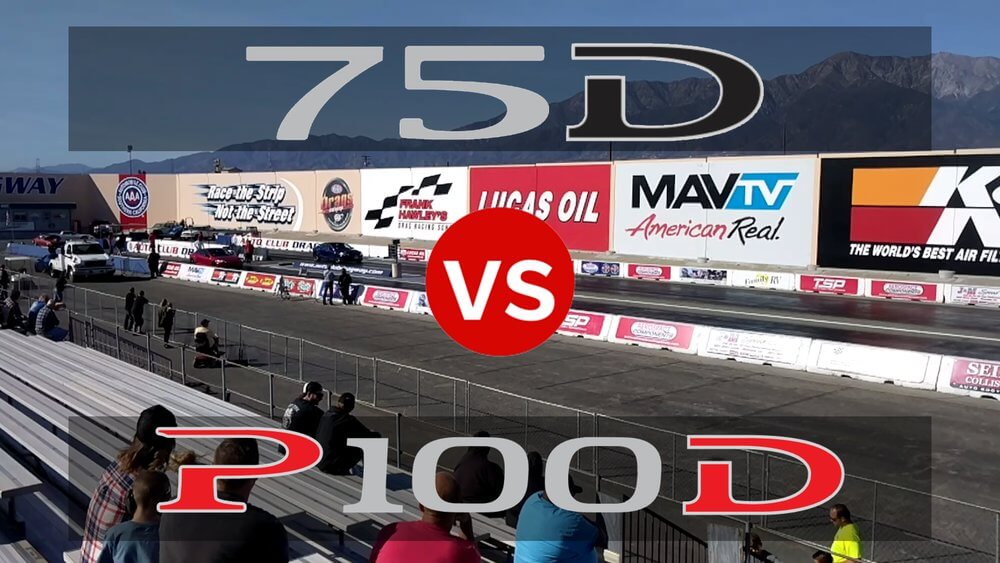 A first time for everything.

We discovered that a Model S 75D "Uncorked" had not been recorded on a drag strip so we set out to change that. To make it more fun we got togehter with IG @Teslazilla and had the first ever race between the Uncorked Model S 75D and the Model S P100DL+.

It was jaw dropping to see the side by side difference in speed between the Uncorked 75D and P100DL. Off the line the P100D was car lengths ahead within a second. Final elapsed time for the P100DL came in at 10.745 with the 75D finishing at a 13.013 seconds 1/4th mile. Performance of both cars was lower than anticipated due to a high head wind (20-30 mph). The tracks ultimately was decreased to 1/8th mile later in the day out of concerns for driver safety.

He kicked my ass but we're still friends.

@teszila It was a pleasure racing you today. #teslafamily - Video coming in a few hours. ? by @tyty7869

Back to set a better time.

Unsatisfied with the initial result of a 13 second quarter mile, we went back to the track to claim a better time. Without the head wind and a slightly higher battery charge, we hit a 12.798 on our second run of the day. Our guess is that the first run heated up the battery giving us more power output on the second run. With out the ludicrous + mode that allows for manual battery heating it is a balance between maintaining maximum battery power and a "warmed up" battery.