Deprecated: The each() function is deprecated. This message will be suppressed on further calls in /var/www/wp-content/plugins/js_composer/include/classes/core/class-vc-mapper.php on line 111
 Tesla Semi Archives - My Tesla Adventure 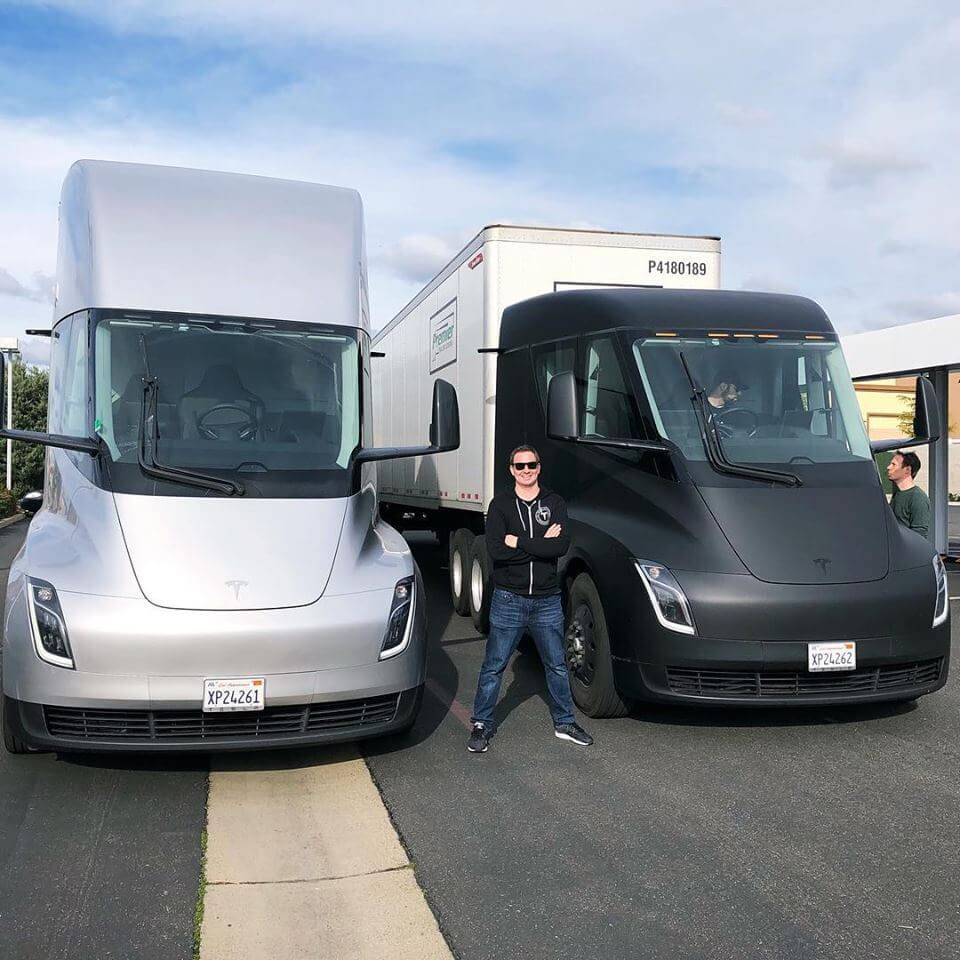 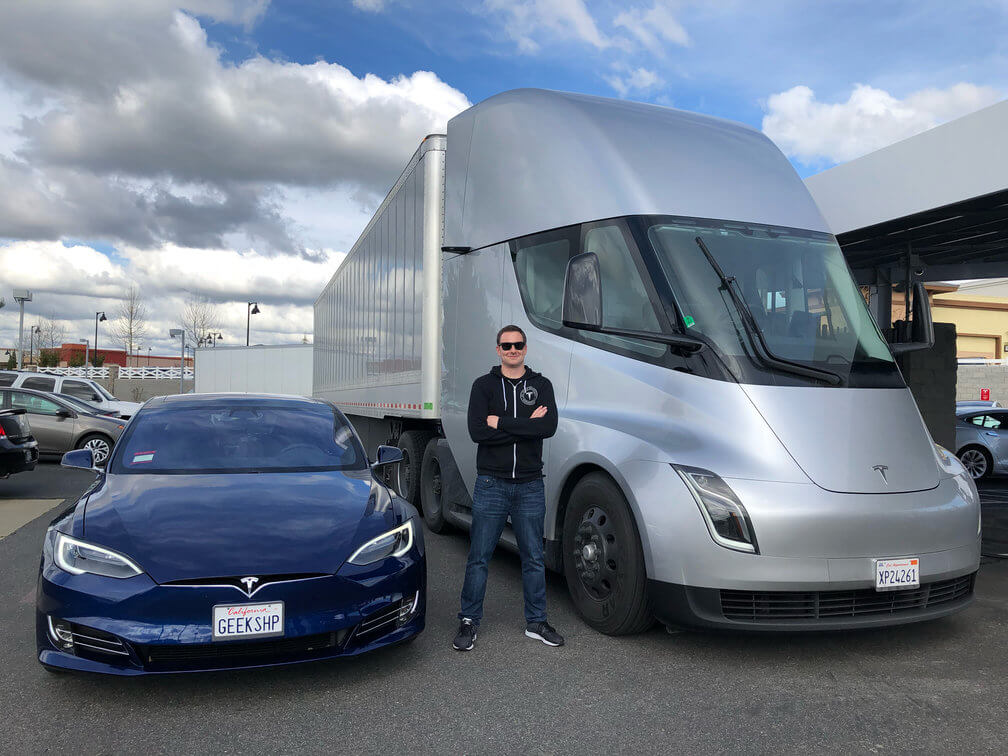 The pair of prototype Tesla Semi's stopped charge midway between the Giga Factory in Sparks, NV and the Tesla Factory in Fremont, CA. The drivers confirmed they were driving the 300 mile range prototypes making the Rocklin Tesla store the ideal mid way point charging location. They also confirmed that they were carrying batteries although they were not allowed to confirm the exact weight being towed. The drivers were very gracious and talked to store visitors and were kind enough to let us take photos with their trucks. 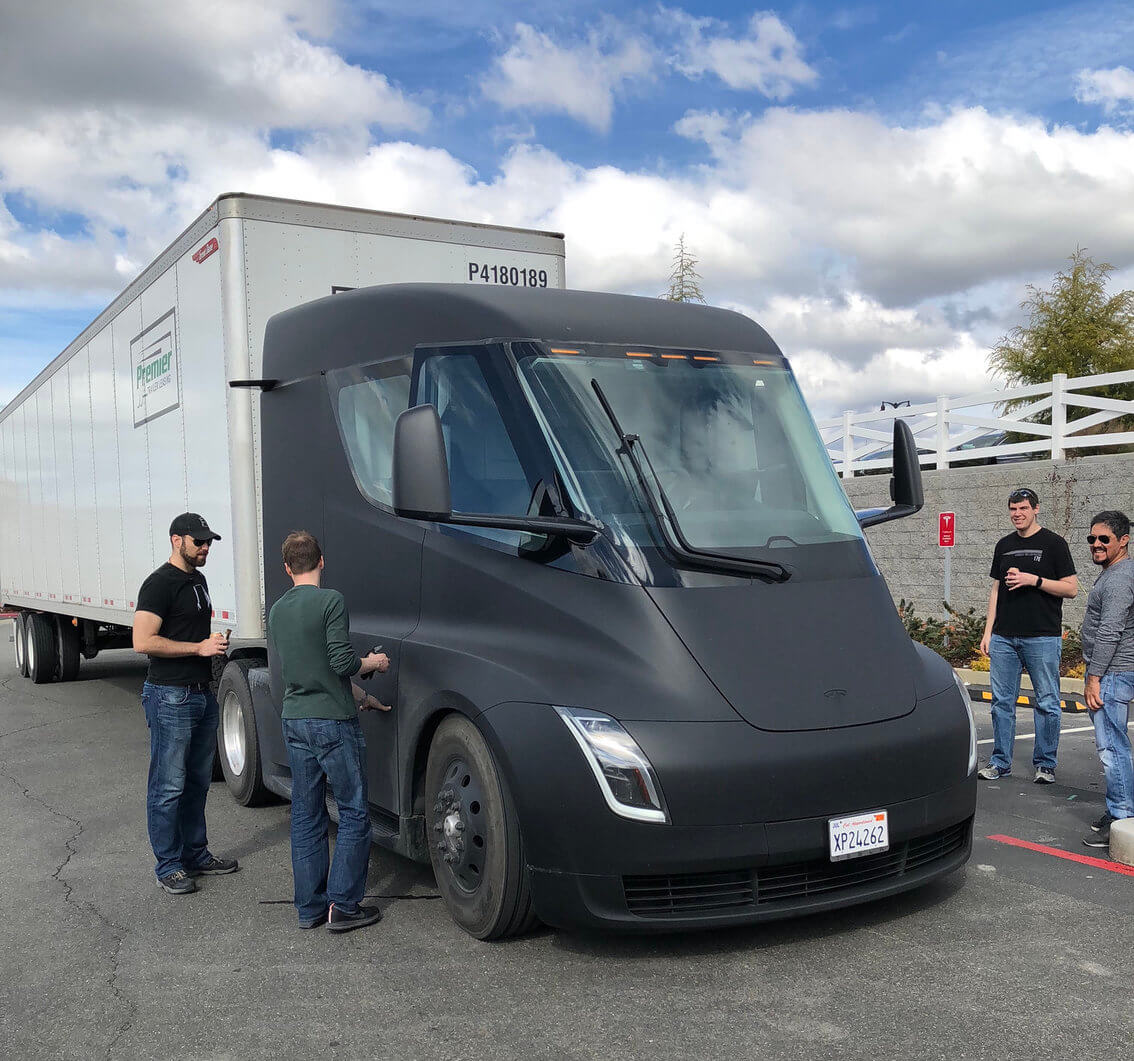 The near silent Tesla Semi takeoff.

It was amazing to be standing 10 feet away from the Semi and having it roll by with barely a round.

Following the Tesla Semi on I80 freeway.

We were interested to see how the Tesla Semi's would perform with freeway acceleration  and if they would be utilizing caravan mode. Although they did not engage in caravan mode for the duration of our follow we did witness the on-ramp acceleration and it was ludicrous. We had to punch it in our Model S to catch up.